The Norwegian Public Roads Administration (NPRA) has been using zinc thermal spray with a paint topcoat (duplex coating) for corrosion protection of steel bridges since the 1960s. They consider this coating strategy to be a major success and have examples of bridges that have been exposed for 40 years without any maintenance. According to NPRA, “the optimum time for maintenance of duplex coatings is when the topcoat is degraded, before the zinc coating starts to corrode. This will give the lowest life cycle costs.” This first maintenance operation is typically performed after about 35 years, which is much longer than the lifetime of a 3 layer paint system due to the synergistic factor of a duplex coating which increases the lifetime of the duplex coating significantly.

Another convincing argument in favor of thermal spraying bridges comes from the U.S. Federal Highway Administration (FHWA). In the FHWA evaluation, 47 coatings, including metalized coatings of sealed and un-sealed aluminum, zinc, and zinc-15 aluminum were compared with liquid paint coatings, and various combinations of epoxies and urethanes. The study concluded: “Metalized systems consistently provided the best corrosion protection performance. All metalized coatings tested showed no corrosion failure in the aggressive, salt-rich environments over the 5 – 6.5 year exposure periods.”¹ 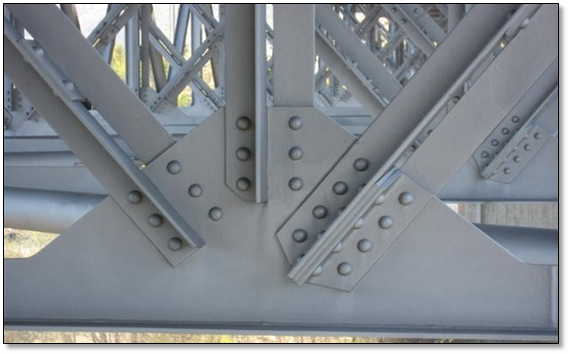 Most bridges are prone to corrosion from the weather and from salt used to ‘grit’ roads in winter. Bridges such as the Forth Road Bridge face the additional threat from the harsh sea salt environment in which it is situated. Metal spraying is the best protection from corrosion in this environment.

When the Forth Road Bridge was opened in 1964, it was the longest single span bridge outside the United States. The road bridge, not to be confused  by its neighbor, the Forth Rail Bridge, is 2.5km in length, including the approach viaducts. Metallisation was chosen to metal spray the steel structure, which makes up the bridge,  to   protect   it  from   corrosion.    The contract to protect the bridge was split between Metallisation and Merseyside Metal Sprayers Ltd. The latter company was commissioned to treat the 1200 balustrades and vehicle grillage panels.

The project took around two years to complete.